LIFE IS BEAUTIFUL FESTIVAL CANCELS 2020 EVENT DUE TO COVID-19

Three-day Las Vegas festival Life is Beautiful has officially announced that they will no longer be holding this year’s event. They will, instead, be putting its resources into the community.

According to their latest statement:

“We were more excited than ever to share the vision of this year’s festival with you. Instead, this moment has given us the opportunity to pause and assess what is truly important. It has given us the space to reflect and to grow, to refocus on our work, and to find new ways to give back to our community beyond the three days of the festival.” 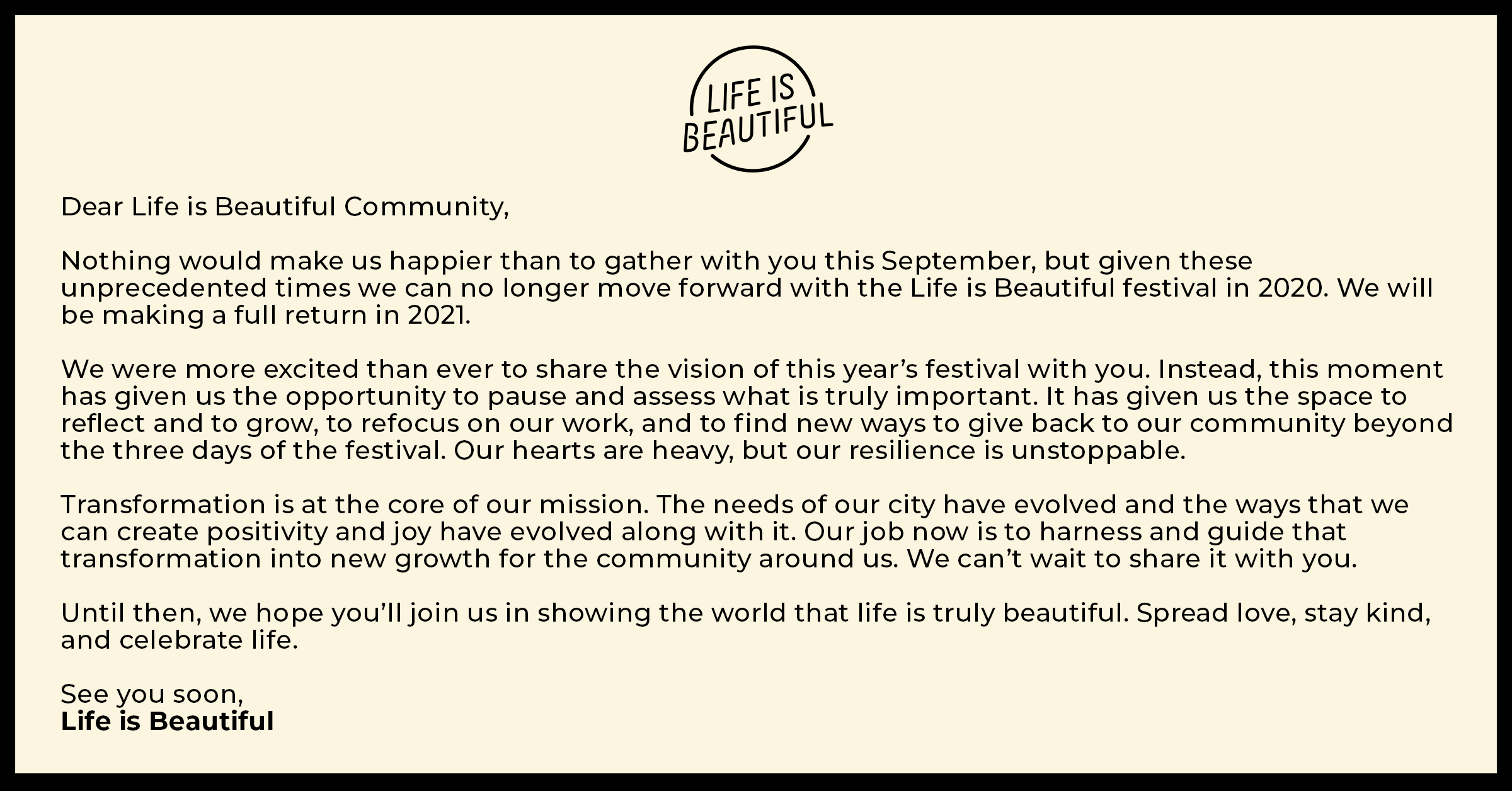 Surely, this decision was made due to the uncertain future of the coronavirus. Michigan-based music and arts festival Electric Forest just announced its cancellation today as well. It is likely that many more events will be canceled due to COVID-19.

Stay tuned for updates on the Life is Beautiful 2021 event.

During a recent Q&A on Twitch, Zedd updated fans on his next album and his long-teased mega collaboration with Martin Garrix. During the informative live stream, an eager fan asked the Grammy-winning producer if any music akin to his older, more progressive house-sounding hits is on the way. Luckily for us, he confirmed that he indeed does have some “old school” tracks in the works and they’re set to be included on the follow-up to 2015’s True Colors.

While an album update from one of the leading figures in the EDM realm is already a lot to take in, his status update on the collaboration that Garrix hopes to debut at Ultra Music Festival or Tomorrowland is enough to make even the most casual dance music fan excited. While we still are in the dark about what to expect from the duo, he stated that they are still working hard on the track and will “100% do a song together.”

As of the time of writing, Zedd has not announced an official release date for his upcoming album or collaboration with Martin Garrix.

Odesza first dazzled us with their 2012 album Summer’s Gone, followed by their 2014 breakout album In Return, which really launched them into the festival circuit. Most recently, the duo unleashed their Grammy Award-nominated A Moment Apart, which felt like a thoughtful change of pace, but still amplified that core Odesza sound we know and love.

Meanwhile, Golden Features has consistently impressed with his own standout releases. His collection includes a remix of Odesza’s “Falls” featuring Sasha Sloan, so we already know their styles mesh divinely.

As for the magic that awaits with this collaborative project Odesza and Golden Features — we’ll have to wait and see. Check to the tweet below and get ready!