As COVID-19 vaccinations continue to circulate in the US, more and more venues have begun to announce their plans to reopen. This includes Sin City’s new-kid-on-the-block, Resorts World Las Vegas. Just last week Zedd was revealed as the first artist to sign multi-year residencies at the resort’s two venues, and another superstar DJ has now put ink to paper.

Resorts World Las Vegas has announced that Grammy-winning electronic music legend Tiësto will join Zouk Group’s entertainment lineup as a headliner at Zouk Nightclub and Ayu Dayclub. “Las Vegas is like home to me,” Tiësto explained in a press release. “I can’t wait to feel the energy as we all make our triumphant return to this electric city!”

Attendees have a one-of-a-kind experience to look forward to this summer. The 36,000-square-foot Zouk Nightclub will feature a state-of-the-art articulating ceiling with a center focal point called the “Mothership,” which will offer otherworldly lighting effects throughout the venue. There will also be 3D booking maps and digital guestlists to ease the process of entry into the club. It’s primed to be one of the most technologically advanced nightclubs in Las Vegas. 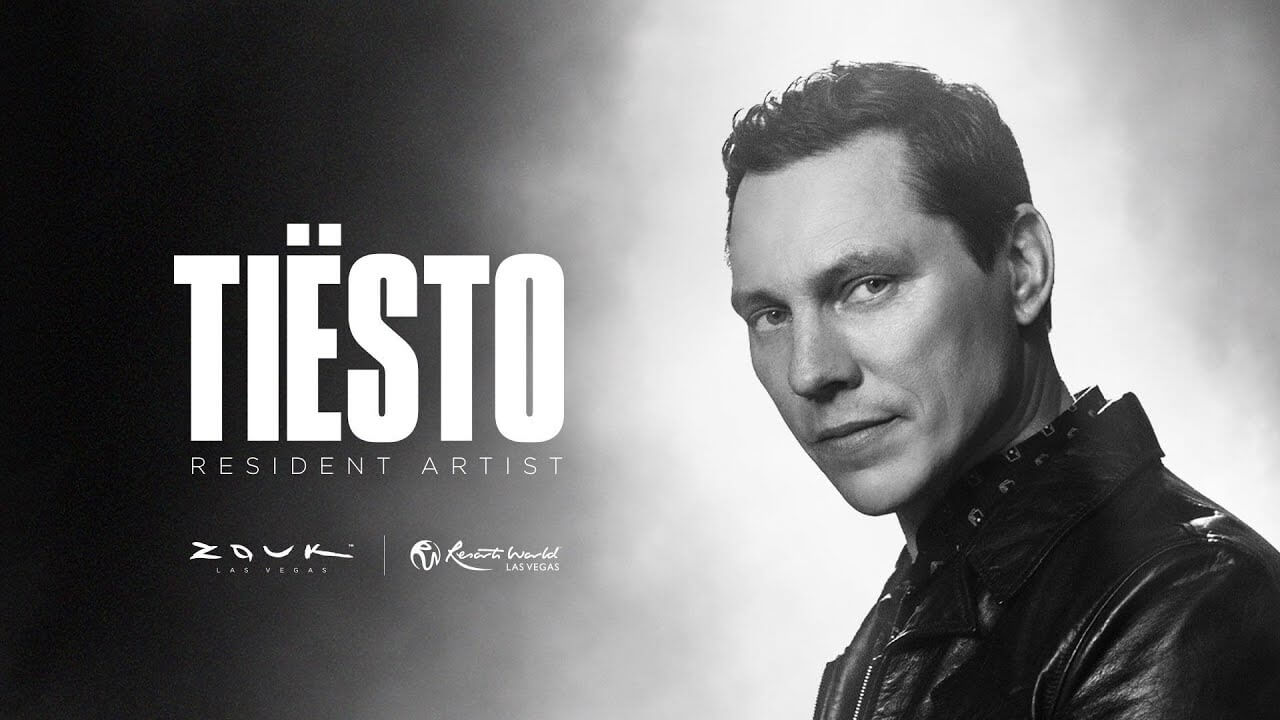 “Our relationship with Tiësto dates back to the early stages of his career, and the team at Zouk Group is thrilled to continue our support of him with this incredible partnership,” added Andrew Li, Ziuk Group’s CEO. “Tiësto is synonymous with Vegas and nightlife culture and we couldn’t be more excited to provide him with a brand-new stage to get back to business.”

Resorts World Las Vegas is the first resort built on the Las Vegas Strip in the last decade and is scheduled to open this summer. Performance dates and ticket information will be announced in the coming weeks. Learn more here.

One year ago, dance music icon David Guetta performed his first United At Home livestream DJ set for charity in Miami. As the COVID-19 pandemic began to run rampant through cities around the globe, Guetta was able to raise $700,000 for relief efforts provided by multiple organizations before continuing the series in cities like Paris and Dubai.

Now, Guetta has announced that he is dropping an NFT (or non-fungible token) to commemorate the iconic Miami stream. The official United At Home webpage has been updated with an announcement that Guetta’s forthcoming NFT will directly benefit UNICEF and Feeding America, two charities that the esteemed producer and DJ has been working with for quite some time.

No other information has been made available yet, but those interested in purchasing the NFT can sign up on the webpage for updates and a notification when the bidding begins. Keep an eye on David Guetta’s social media for more information on the NFT release and how to get involved with the UNICEF and Feeding America charities. 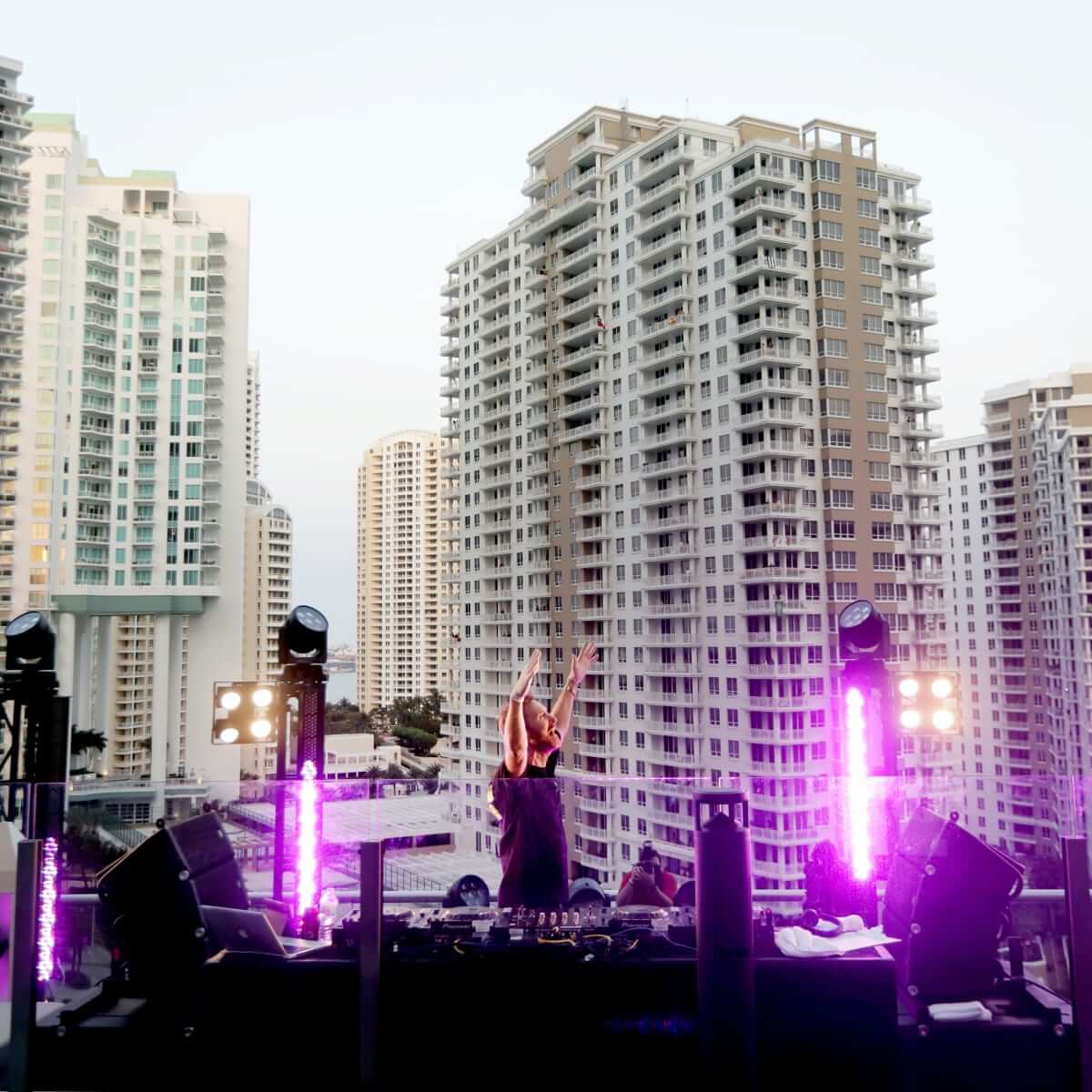 Superstar DJ Steve Aoki and his brother Kevin, a renowned restauranteur, are opening a new Japanese-inspired eatery on the Las Vegas Strip.

Kuru Kuru Pa will open this summer as part of the rollout of Zouk Group’s Resorts World Las Vegas, the first resort built on the Strip in the last decade. According to the restaurant’s social media, its design and concept were inspired by Japanese culture and anime. Kuru Kuru Pa’s menu will feature a variety of yakitori and kushiyaki (types of grilled or skewered chicken), and yaki onigiri (a grilled rice ball), among other signature dishes.

Kuru Kuru Pa isn’t the first restaurant venture for the Aoki brothers. Back in 2012 they opened Bluetree Café in Honolulu, a juice bar and café known for its beautiful açaí bowls. The restaurant was inspired by their grandfather Yunosuke Aoki, who owned a café in Japan that served coffee and desserts during World War II, according to Honolulu Magazine.

Kevin Aoki served as Vice President for Benihana, the iconic teppanyaki restaurant chain founded by his father, Hiroaki “Rocky” Aoki, before opening his own sushi restaurant in Waikiki in 2008

To remember Avicii three years to the day after his tragic death, Tomorrowland’s One World Radio is airing a special tribute episode to the legendary dance music artist.

Over 60 of Avicii’s classic songs are being streamed throughout the day today, as well as live set highlights from his iconic performances at Tomorrowland. The tribute stream will include interviews from Avicii’s contemporaries, including “I Can Be The One” collaborator Nicky Romero and famed “Wake Me Up” vocalist Aloe Blacc, who will wax poetic about the late producer’s legacy.

Tune into One World Radio live below.